2201_sondra_williams_-_he_s_got_the_whole_world_in_his_hands.mp3
“He’s Got the Whole World in His Hands,” - Sondra “Blinky” Williams

Williams would record for Motown, including an album of duets with the great Edwin Starr of “25 Miles” fame, provide the voice for the TV series “Good Times” theme, and release dozens of marvelous Northern Soul 45s and LPs.

The daughter of a pastor, she also recorded gospel music from time to time, including this wonderfully slow and jazzy rendition of the old spiritual “He’s Got the Whole World in His Hands” on the VeeJay label from the mid-‘60s. Even in this short showcase, I think you can hear Blinky Williams’ one-of-a-kind talent!

MUSIC: “He’s Got the Whole World in His Hands,” 45 Sondra “Blinky” Williams 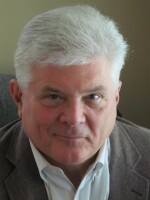