Any decision involving how to cover a mass shooting is by definition difficult and to some extent a balancing act. We have a duty to inform listeners and readers what happened. Details are important to paint a full and accurate picture of events. But at the same time, we are dealing with an individual who has committed an horrific criminal act in an attempt to win attention either to themselves or to a "cause" that they are trying to promote. Our job is to report the facts, not to help the shooter carry out those aims.

As anyone following the story now knows, the Buffalo shooter allegedly published a 180-page document online that repeats a series of racist conspiracy theories often referred to as the "Great Replacement" in an attempt to justify his plan to search out African Americans and murder them. It is very important that audiences know what the shooter's purported motives were and that the "Great Replacement" theory was part of them. That argument has moved from the far right fringes to more mainstream politics in recent years and the shooter's citing of it is newsworthy.

Webster's New World Dictionary defines "Manifesto" as, "a public declaration of motives and intentions, as by a political party or by an avant-garde movement" So to refer to the shooter's document as a "manifesto", in my opinion, implicitly takes the twisted racist and anti-Semitic rantings that comprise it, far more seriously than they deserve to be taken and gives it a level of credibility that furthers the shooter's aims.

Unfortunately mass shootings are common enough that we've had far too many opportunities to weigh this issue. Back in 2019, my predecessor as editor for Standards and Practices at NPR, Mark Memmott, responding to the shooting in New Zealand by a man who expressed similar motives, asked the newsroom to "move away" from calling the document that shooter left on line as a "manifesto."

"The word 'manifesto,' " Memmott wrote, "also may elevate such a statement, in the eyes of those who might want to copy this person's actions, to something more than it might really have been."

That warning holds true today. A "manifesto" can also be seen as a call to action. There are many words, "statement" "screed" and simply "writings" that come to mind to accurately characterize the online document without giving it the implied importance of "manifesto."

Not using the word "Manifesto" in no way deprives our audience of information, it helps deprive the shooter of the platform he was looking for.

Tony Cavin is NPR's Managing Editor for Standards and Practices. 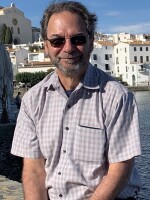