Intent on rolling back Obama-era regulations, Republican lawmakers in Washington have placed an EPA rule enacted in the wake of the fertilizer explosion plant in West, Texas, on the chopping block.

The Obama-backed rule beefs up requirements and regulations on how businesses store and handle some dangerous chemicals. But action from the Republican-led Congress could both undo the rule and prevent the EPA from reinstating it.

In response to the 2013 explosion in West, the EPA beefed up requirements on how businesses handle dangerous chemicals like ammonium nitrate, the chemical attributed as the cause of the explosion. While Obama called on agencies to respond soon after the tragedy, the EPA didn’t release its updated Risk Management rules until the waning days of his administration.

“The idea was to prevent releases of really highly toxic materials from facilities that contain them and explosions from within those facilities from highly reactive materials,” says Tom McGarity, a professor of environmental law at UT Austin.

The new requirements aim to strengthen those risk-management plans that facilities are supposed to maintain, require third-party auditors to review safety conditions if something goes wrong, and enhance protections for first-responders. 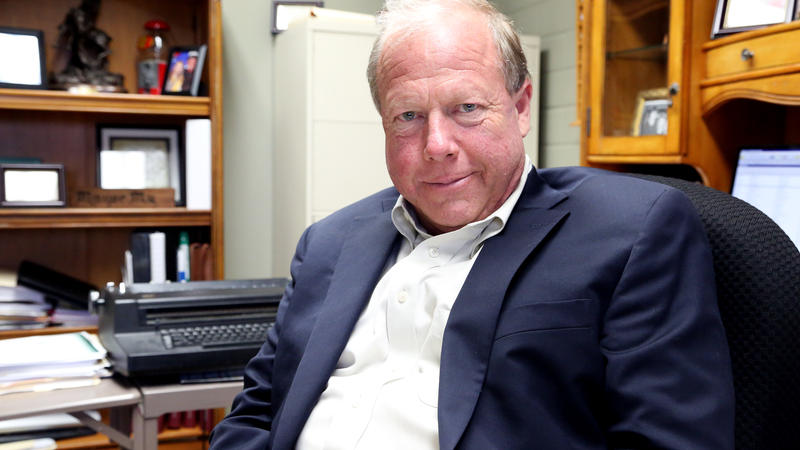 Twelve of the 15 people killed in the West explosion were first-responders. That’s one of the reasons McGarity is worried about a House resolution introduced this month to roll back the safety rules.

The resolution was filed under the Congressional Review Act, which allows lawmakers to quickly block regulations within 60 legislative days of their taking effect or their appearance in the Federal Register. Because of the short time limit for review, McGarity says the tactic is rarely used except in times when one party takes control of the government from another one.

In the town of West, attempts to end rules around chemical storage and handling are raising some eyebrows.

“I don’t know what is in that regulation”  West Mayor Tommy Muska says when asked about the potential rollback. “But sometimes regulations are needed when companies that make dangerous stuff fail to regulate themselves. People's lives are then in danger.”

While the EPA cites "the tragedy at the West Fertilizer facility in West, Texas," as one of the reasons for issuing its updated rules, it didn’t include ammonium nitrate, the chemical that caused that explosion, on its list of chemicals to come under the stricter regulation.

“I do know that ammonium nitrate is what blew up this town, and someone’s got to be looking into that,” he says.

In its posting on the Federal Register, the EPA leaves the door open to regulating ammonium nitrate at a later date.

But, federal agencies are barred from creating new rules on a similar topic without congressional approval under the Congressional Review Act, which could mean, McGarity says, that rules regulating ammonium nitrate could be off the table for the foreseeable future.

“So, not only are these regulations killed, they are killed and buried and can’t ever be resurrected."