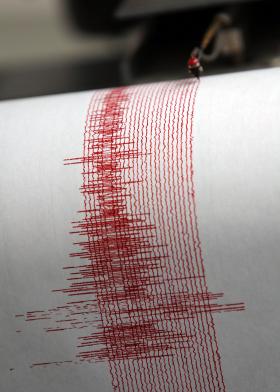 It’s been a shaky week in Texas with two small earthquakes rattling the Dallas-Fort Worth area and another slightly more powerful quake detected in South Texas.

On Sunday, the first quake measuring magnitude 2.4 struck near Arlington. It prompted some residents to call 9-1-1 after feeling their houses shake and hearing “explosions,” according to the Fort Worth Star Telegram.

Earthquakes are often accompanied by loud “booms,” something that has become a source of anxiety in newly quake-prone parts of the state.

The quake coincided with a water main break that morning that left about a dozen homes without water. The City of Arlington tells StateImpact Texas that the water main break was not caused by the earthquake.

On Thursday, a second quake hit North Texas, this one measuring 2.9. It was centered near an elementary school in Irving.

The South Texas quake was the strongest of the three. It measured 3.2 and was centered about two miles southeast of Charlotte. It struck on Wednesday, but was not reported by the USGS until Thursday.

All three of the quakes happened in parts of the state with extensive oil and gas drilling activity.

Texas has seen a major increase in quakes since the current oil and gas drilling boom began. For example, the Dallas-Fort Worth region recorded virtually no quakes until 2008, around the time the fracking boom ramped up in the area. Numerous studies have linked drilling activity with quakes.

Geologists believe many of the quakes are caused by wastewater disposal wells where liquid waste from drilling is pumped back underground. Others may be caused by the process of fracking itself.

The Railroad Commission of Texas, which regulates oil and gas in the state, is considering new rules for disposal wells that may guard against quakes. That process was initiated after a spate of quakes near the North Texas town of Azle captured public attention.

NOTE: This post was updated from the original version to include the City of Arlington's response to questions regarding the water main break.