At Homestead Heritage, Cheese is a Reflection of their Community

Just outside of Waco is the Homestead Heritage, an agrarian, self-described “intentional Christian community.” The roughly 50 families that live on the farm practice traditional crafts there. For KWBU, Sakina Haji reports that one of those crafts is cheese that’s freshly made and aged in an underground cheese cave.

The shop is part of the Homestead Heritage farm, which is just a few miles outside of Waco down a small one-lane road. Once you’re there it’s as if you’ve entered into a completely different era. There’s a blacksmith shop, a gristmill, and a pottery studio – things that recall this community’s pledge to simplicity and quality craftsmanship. Inside the cheese shop, a small cabin near the entrance to the farm, is where I meet Mark Kuehl, a cheese maker. The cheese shop, he tells me, has become famous throughout Texas – and it’s because of their high quality products.

But it’s one thing to say that and another to put your cheese where your mouth is. So Kuehl shows me what makes this cheese a slice above the rest.

On a tour of the 500-acre farm, Kuehl shows me a horse-plowed community farm that grows many crops, like sorghum and pecans. Standing on a picturesque overlook, the 40-year-old Kuehl explained how these community crops are used in his cheeses, especially sorghum. Sorghum is used in a specialty cheese that Kuehl created by accident, Kuehl explained.

The van sormon cheese became so popular that it was awarded a third-place ribbon for best rubbed rind cheese at the American cheese society’s annual competition. But Looking at this and Kuehl’s several other awards, you wouldn’t anticipate the humble beginnings of his store, which was established by Kuehl’s cousin Rebecca. Using leftover milk and an old cheese making book, Rebecca had made her first wheel of cheese at home using makeshift home-made tools. She continued her small home business until 2005, when Kuehl moved to the farm from Denver. The move, Kuehl said, was a shift from his previous lifestyle.

“This is a big contrast from the way I used to live versus living on the farm. I was 4 days fresh out of the county jail, I had just beat a 15 year prison sentence, I spent my entire teens and twenties selling drugs and living violent and just a crazy lifestyle,” Kuehl said.

Kuehl found purpose in his cousin’s cheese making, so he helped her achieve her dream of having a cheese business. The store grew slowly at first, but now Kuehl can hardly keep up with the demand for his cheeses.

"This is a big contrast from the way I used to live versus living on the farm. I was 4 days fresh out of the county jail, I had just beat a 15 year prison sentence, I spent my entire teens and twenties selling drugs and living violent and just a crazy lifestyle."

“Now we have a couple different distributors, we sell all over Texas. We can’t keep up with sales,” Kuehl said. “We have 20 different farmers markets every week, probably making 2800 gallons a week in cheese.”

His largest cheese vat contains 400 gallons of milk that is bought fresh from two local dairies. This milk is heated and then acidified by adding a culture. Then an enzyme called rennet is added to coagulate the milk. This results in the separation of curds and whey, which are then heated to a temperature specific to the type of cheese that is being made. For instance, cheddar is heated to 102 degrees, while the van sormon is heated to over 120 degrees. Then, the whey is drained out and returned to the dairy, and the curds are accumulated into slabs. These slabs are turned over and over until the curds become more acidic. After adding salt, the curds are put into a mold and pressed into a wheel of cheese. These wheels are then bandage wrapped to create a rind that protects the cheese. Finally, these wheels go into the underground cave to be aged for at least 2 months up to several years before they are shipped off to be eaten.

The cave was dug by three men on the farm in 2011. It’s essentially a 700-square-foot cinder block room underground. Going down the stairs into the cave, you can immediately feel the temperature drop. It is kept at 50 degrees and 85 percent humidity. The unique molds and bacteria needed to age the cheeses thrive under these conditions.

Standing outside the heavy wooden door that enters into the dimly lit cave, you can already smell the musty, ripe scents of the aging cheeses inside. Protective shoes have to be worn before entering the cave to prevent cross-contamination.

Inside, there are rows after rows of floor to ceiling shelves containing 10 to 15 pound cheese wheels. It is kind of like entering a library of cheeses! The cave can contain up to 1,600 cheese wheels, and many times it has been completely filled to capacity. Walking through the shelves, you can see all kinds of specialty cheeses, some fairly young and some that are getting quite old. There are van sormons, smoked goudas, horseradish pecan cheddars. Some cheeses have been in there since before I was even in high school.

“Up there on the top shelf, that’s from 2010, that parmesan,” Kuehl said, pointing to one of older cheeses in the cave. “There’s one cheddar from 2012, and the parmesan; those are the two oldest cheeses.”

The longer the cheeses age, the more cycles of bacterial growth they can go through. These bacteria cause the variations in the textures and tastes of the cheeses that we like. Although Kuehl wants to age many of his cheeses for longer periods, demand for them is so high that often times he has to pull them earlier than he would like.  To meet demand and accommodate the increasing number of visitors, Brazos Valley Cheese is looking to expand soon. Kuehl hopes to move the store into a larger space that is closer to the cave and more well-equipped to meet the needs of his growing business.

Although a cheese maker and cheese lover himself, cheese is more than just a product for Kuehl. He sees it as an expression of the rich shared culture and beliefs of the Homestead community.

“Talking to somebody and giving them a piece of cheese, it’s like they’re not just eating a piece of food; they’re really experiencing things that we care about, and it’s expressing it through cheese,” Kuehl said.

Kuehl says he hopes to continue learning and representing his community through his cheeses. 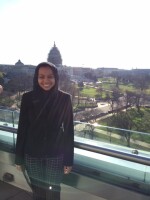