Drivers in the Heart of Texas will see several busy roads under construction beginning the first week of June.

The three streets in Waco beginning the reclamation process will be New Road, Bagby Avenue and Old Hewitt Road.

Kody Petillo is a project engineer with the city’s Public Works Department. He says the projects were picked by City staff after about 9 months of public input.

The Pavement Management Program identifies and selects streets for preservation or rehabilitation.

The reclamation projects will pull up layers of the road and lay down new material that should last for more than 50 years. The first project starts on New Road – between Franklin Avenue and the rail road bridge. Petillo says the 1,062 ft stretch of road may take about 4 to 5 weeks to finish.

The next project will be on Bagby Avenue from Highway 6 to New Road totaling 4,250 ft– over by the Texas Central Marketplace, The Residence, The Springs and Cotton Wood Creek Golf Course. That project may take up to 4 to 6 weeks.

The last project will be on Old Hewitt road near cross streets Central Park Drive and Old McGregor Road, from 84 Frontage Road to Imperial Drive. Petillo says the last project, which is 3,251 ft long, will be more difficult due to the width of the road.

“There’s really only room for two lanes, so you can’t just have a long term shutdown  and have one lane going through because you’d have to have 24/7 flagger operations which just isn’t feasible," Petillo said.

He says the bid was accepted by Big Creek Construction – a local company in McLennan County, on February 28 at just under $3.3 million dollars for ALL three projects. Petillo says this bid was significantly lower than the other company whose bid was $4.7 million dollars.

Big Creek Construction will begin on June 3 and will have until October to finish the all three projects. 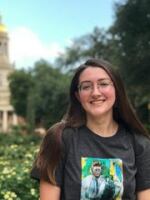